Neuro-leadership: the science of better leadership 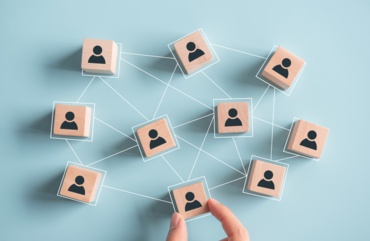 There are several processes, some of them surprisingly simple, that a manager can put in place to improve their leadership abilities. The study of neuro-leadership shows us the way.

A specialist area of neuroscience is neuro-leadership, or the combination of neuroscience and leadership. This powerful and relatively young field (it has existed for less than 15 years) is fast revealing many secrets of effective leadership.

“The neuroscience of leadership is about habits and behaviours that we distinguish as leadership traits,” says Kristen Hansen, CEO of EnHansen Performance and neuro-leadership expert. “We can train people in leadership habits, using neuroscience and the working of the brain to understand how you can lead yourself and others much more effectively.”

In developing an understanding of how the brain works in decision making, emotion regulation, engagement, social motivation and more, individuals are able to develop new, high-performance leadership habits.

So what does this mean on a practical level as an individual seeks advancement from technician to manager and finally to leader?

There are several habits people can begin working on, says Hansen, also the author of Traction: The Neuroscience of Leadership and Performance. These techniques introduce a new level of self-awareness, leading to new thought processes, different types of emotional regulation and better recognition of the most effective ways to get the most out of others. It all begins with a strong awareness of one’s own emotional state.

In decision making, Hansen says, leaders must recognise that to achieve peak performance, they need to be in a ‘reward state’, feeling positive emotions such as happiness, joy, curiosity, interest, calmness. This is as opposed to a ‘threat state’, which is characterised by anger, impatience, nervousness, anxiety, worry and frustration. A leader in a threat state will always underperform, as will their team.

How does an individual transform themselves from threat state to reward state? “You have to learn to be aware of your emotions and to regulate them regularly,” Hansen says. “We call this regulation a ‘30-second circuit breaker’.”

“When you notice you’re frustrated, anxious or worried, you get yourself out of it through a process of breathing, labelling and reappraising. Breathe deeply, label the emotion and then reappraise the situation.”

2. Understand how the brain works

Hansen isn’t recommending we all become brain surgeons. Instead, she says, it’s important that leaders develop an understanding of how the brain deals with complex problems.

“Essentially, powerful insight occurs when complex amounts of data that could be from the past, the present, from an intuition or from a whole range of other things, come together to give you an a-ha moment,” Hansen says.

“We explain to our clients the conditions required for you to have a-ha moments. Let’s say you’re very busy and somebody asks you a tough question. You can’t possibly compute the best way forward when you’re in that sort of scenario. Sometimes you need to sleep on it, to give your brain a little bit of time to percolate.”

There are six common social motivators (as opposed to other motivators, such as salary) for people in the workplace. They are autonomy, certainty, connection, equality, status and safety. We don’t all value each of them equally.

A leader should first understand their own strongest motivators, then realise that others are different. They must then adjust the way they communicate, and the messages they convey, to motivate individuals more effectively.

Leading others requires a coaching approach, and great coaching is all about asking the right questions to have people come up with great solutions, rather than giving them the answer every time. This way, people develop rather than simply do what they’re told.

Finally, once a change or a plan of action has been agreed, don’t assume it’s going to automatically happen.

“Recognise that habit formation needs to occur through attention and positive feedback to that particular goal area,” Hansen concludes. “We summarise that as ‘Mind the GAP’ – the gap being G for goal, A for attention, and P for positive feedback.”

“In order to really get that person to do something differently, you have to pay plenty of quality attention to that new activity and offer lots of positive feedback for the incremental changes, to create a new habit.”

“So essentially leaders need to be very mindful of what they’re trying to achieve or change, both in themselves and in the people they’re leading. These are some techniques that can be introduced in a short space of time to help managers improve their self-leadership and their leadership of others.”