How to start a podcast 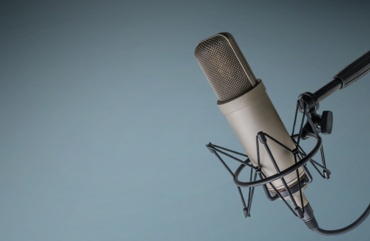 Here we explore the tools and technical abilities you will need to set up your own podcast and how to come up with great content.

There are now over 700,000 podcasts in production, with thousands more cropping up every month.

Every conceivable topic now seems to have at least one podcast of its own, from espionage to Egyptian mysticism, and finance is no exception.

In fact, a growing number of Australian financial advisers are now turning to podcasting as a means of attracting new clients and connecting with existing ones.

Paul Benson is one such adviser. His podcast, Financial Autonomy, looks at financial independence through an Australian lens and has now broadcast more than 100 episodes.

Benson says setting up the podcast wasn’t daunting because his initial goals were modest. “For me, it helped that the early podcasts I was making were just my voice,” he explains. “They were essentially blog posts that I then turned into audio versions.”

Here is his step-by-step guide to launching a podcast.

Although most computers, whether desktop or laptop, contain built-in webcams with microphones, Benson says you’ll need to buy a mic of your own. “The microphone that’s on your webcam or laptop won’t provide good audio quality,” he explains. “You will need to get a dedicated microphone that plugs into the USB port on your computer.”

Stand-alone USB mics can be purchased at most mainstream consumer electronics stores, “It doesn’t need to cost a lot of money,” Benson says: “I think my USB mic might have cost $150.”

“I record straight into a bit of free software that you can download called Audacity,” says Benson. It’s not the only option: there are dozens of free audio-recording applications available online. But Benson recommends Audacity because it was easy to use, even for a podcast newbie such as himself. Save your audio file in MP3 format for easy distribution.

Once you’ve recorded your first episode, it’s time to share it with the world.

Most podcasters begin by distributing their content through Apple Podcasts (formerly iTunes) because it is by far the most popular directory for podcast listeners. Apple provides a step-by-step guide to getting your podcast online. You can also share your podcast on other platforms, such as Spotify, or create your own website.

Although Benson began by recording simple monologues, he soon wanted to include other voices in the form of interviews. “If you’re interviewing someone remotely, you can do it through a computer program like Zoom or Skype and record into Audacity,” he explains. “But if you want to record interviews in person, then you’re going to have to spend a bit of money on equipment: you’ll need some sort of portable recording device and a couple of handheld mics.”

Benson also added theme music to his podcast. “You need to think about copyright,” he says. “The same rules apply to podcasts as they do to other forms of online distribution.” So, how did Benson manage it? “Actually, my son recorded a jingle for me,” he says. “He’s pretty musically inclined!”

Stock-market analyst and investment manager Dale Gillham says it took him several years of trial and error before his podcast, Talking Wealth, attracted a significant listenership.

The show, which Gillham launched in 2007, has since become one of the most downloaded finance podcasts in Australia, and this year was voted the #3 stock market podcast globally by Feedspot.

Gillham says the success of the podcast has driven a significant number of new clients to his wealth-management business, Wealth Within. He now offers pointers to other advisers who are hoping to bolster their own businesses via podcasting.

These are his three golden rules for curating relevant and engaging podcasts.

Gillham says episodes that dissect the news of the day should be part of the mix when curating a newly launched podcast. “It’s important to think about what’s going to get you new listeners, and that is generally topical stuff that’s being Googled right now, whether it’s an interest rate rise or a stock market crash,” he says.

However, Gillham says, the bulk of your episodes should be evergreen. “Most of my podcasts tend to be less topical and more theoretical: how people should think about investing and trading.”

Gillham says this evergreen content helps him build strong and long-lasting relationships with listeners who can apply his general advice to their specific situations at any time.

Some advisers record serious podcasts in the hope of building credibility with listeners, but Gillham advises against it. “A podcast is not just about conveying information,” he says. “People listen because they like to be entertained, too.”

He adds, “A lot of people in financial services can be perceived as formal; and that doesn’t make you approachable. Which isn’t what clients like – especially younger people. If they can’t connect with you, they’re not interested.”

Gillham takes a casual approach to podcast production for the same reason. “My podcasts are highly un-produced,” he says. “I cough, I sneeze. Sometimes I’ll say, ‘Geez, that was terrible, I got tongue-tied on that one.’ Because that’s what life is.”

7. Be generous with information

Gillham says “If the aim of your podcast is to bring clients over to your advice business, don’t skimp on specific advice or information, even if that information is valuable.”

He adds, “All too often, financial planners try to restrict what they give away, but by doing that they lose. If you teach people and help people, you win.”