Is it time to start listening to your gut? 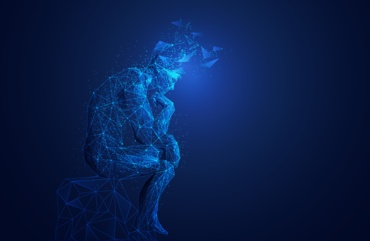 As humans, we tend to value empirical, logical data, backed by intellectual rigour; sometimes dismissing ‘gut instinct’ as base or even imaginary. But scientific research has revealed some very surprising facts about the human gut. It might be time to question our assumptions.

The human gut is lined with more than 100-million nerve cells and is often referred to by scientists as the ‘second brain’. Interestingly, more than 40% of CEOs say they still make many decisions based on intuition. So how can people tap into this undervalued human resource and apply their instincts in the business world?

Leading entrepreneurs, including Steve Jobs, Warren Buffet and Sir Richard Branson have all attributed part of their success to their gut instinct. Far from dismissing gut instinct, Jobs called intuition “more powerful than intellect”. In reality, intuition is about living your own truth and values, says Craigh Wilson, author of the bestselling book, Intuition.

A mentor and international key-note speaker who works with individuals and organisations, from entrepreneurs to Fortune 500 companies, Wilson says intuition is the best way forward for employees, managers and businesses.

What is intuition really?

Intuition is actually the result of millions of experiences, thoughts and instincts being processed by the body and brain, says Wilson.

“It’s a feeling in your heart and your gut that something feels right or wrong. It includes heightened touch, sight, smell, taste, and feeling.

“For instance, when shaking someone’s hand when you meet them for the first time, you can get a feeling about whether you trust this person or not.”

An alarm going off is our body’s way to signal danger before our minds can explain it, he says.

Recognising the signs of intuition

Need more clues about how to recognise gut instinct? Plug in to how you’re feeling, says Wilson.

He adds that people may experience a light and warm feeling or even feel energised around people they mesh with.

“Conversely, you can feel a low, negative or even draining energy from other people, leading to exhaustion. Success is a lot more about what and who you say no to, than what you say yes to, especially when that includes toxic people.”

Wilson believes that to develop the second brain, we need to take time to sit quietly and allow all our thoughts and questions to slowly surface.

Wilson advocates a four-step approach to exercising the intuitive muscle.