How to structure feedback to boost staff morale 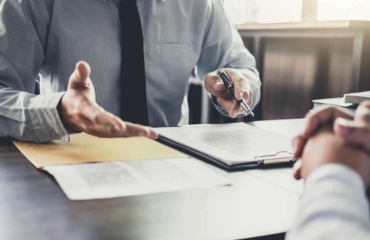 To create a great workplace culture, advisers should pay as much attention to the way they say things as what they actually say.

Employees sometimes associate feedback with criticism and confrontation. Not surprisingly, experts say that overcoming these pre-conceptions and finding a way forward can contribute greatly to a more productive and happier workplace.

Lending a structure to your feedback approach can be highly beneficial, believes executive coach and author of The Tao of Coaching, Max Landsberg. A proponent of the ‘AID approach’, Landsberg recommends the following.

It’s not (necessarily) what you say, it’s how you say it

Leadership coach Maria Smith, CEO and founder of Bounce Australia, says when feedback is used to highlight what is working well, it’s a great way for managers to demonstrate positive leadership and encourage staff engagement.

“The things that really impact the communication will come down to the words used, the tone of voice and body language. It’s all behaviour based,” she says.

Instead of pointing out what someone’s doing wrong, first identify what the person does really well. “That allows their brain to be engaged and flourish, so they’re more likely to feel they’re being provided with great insight rather than being criticised,” Smith says.

Accentuating the positive is a way to promote a growth mindset that helps create an environment primed for higher performance, productivity and profit, she says.

Frequency of feedback is another tool to assist in making the entire process more comfortable for everyone. Smith says it doesn’t have to be a formal sit-down affair.

“Feedback can be done easily, like a walk around the block or a quick coffee.  When it becomes part of the workplace routine, it won’t seem so difficult. So when you invite employees to have a chat, they’ll be less likely to think, ‘Oh no, I’m going to lose my job,’ and more likely to see it as a positive and constructive element of personal improvement.”