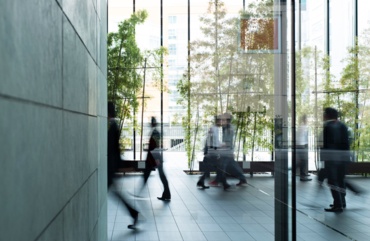 Private credit funds (sometimes referred to as private debt funds) were born out of the steady retreat of the banks from what was considered riskier lending in the wake of the global financial crisis of the late 2000s.

But with inflation and interest rates increasing, these same private debt and credit funds are receiving renewed attention as potential hedges against inflation and a way to generate yield at a time when fixed income returns are still low.

Private debt and credit funds appeal to some investors as they offer floating rate loans to businesses that provide investors with an opportunity to earn higher yields and potentially insulate the value of their capital from market fluctuations.

Loans to a range of businesses, real estate developers and institutional investors, such as private equity funds, are provided by private credit and debt managers, both in partnership and in competition with the banks.

Private debt is now estimated to be a US$1 trillion-plus market globally, double what it was in 2015. In Australia, private debt is estimated by EY to total $133 billion or 11% of the corporate and business lending market.

While well below the 40-50% share held by non-bank lending now seen in Europe or the estimated 60% share of private debt for the commercial real estate market in the US, Australia is growing fast.

EY’s March 2022 Australian Private Debt Market Update estimates the market grew by 21% in 2021, thanks to high levels of refinancing and mergers and acquisitions.

With such growth, private debt has become an increasingly mainstream asset for investors and a number of trusts have been created to tap the growing retail investor demand for higher yields than those available from the traditional fixed income market. The appeal has been given a further boost by the rise in inflation and increasing official interest rates because private debt is typically provided at a floating rate; a fixed margin over a benchmark that moves in line with official interest rates.

As ratings house Lonsec notes, investments that pay a floating rate are likely to be better off in an inflationary environment because the interest rate paid is adjusted periodically to reflect market rates. This increases income to the investor and reduces ‘duration risk’ which is the danger that changes to interest rates will affect the value of fixed income investment.

For investors running a self-managed superannuation fund (SMSF), this means, provided credit quality is maintained, holding private debt shouldn't lead to mark-to-market write downs that are typically required for bond holdings as rates rise. Prices for fixed interest securities such as government bonds move in inverse relationship to yield, meaning that rising rates lower the price of fixed-rate bonds and force holders to mark their value to market during reporting periods.

For example, the Bloomberg AusBond Composite index was down more than 8% for the year to date in mid-May, including its worst month on record in March as inflation triggered rising official rates. Government bonds provide a fixed rate return.

Morningstar’s director of manager research, Tim Wong, says private debt has been particularly popular with large superannuation funds and family offices that have the size, long-term investment horizon and appetite for the liquidity risk that can come with private debt investments.

But they are also available to retail investors through managed funds and a number of listed investment trusts. Even among the small number of LITs traded on the ASX there is a variety of exposures to the private market.

Metrics Credit Partners offers two ASX listed funds among its suite of 14 private debt investment vehicles. The $1.75 billion market capitalization Metrics Master Income Fund (ASX:MXT) and the over $550 million Metrics Income Opportunities Trust (ASX:MOT) offer investors monthly income from directly managed portfolios of loans to Australian companies. In the case of MOT, target returns are as high as 8-10% and include exposures to warrants, options, preference shares and equity in borrowers.

Metrics Managing Partner Andrew Lockhart says the direct relationship between Metrics and its borrowers differentiates MOT and MXT from other funds in the market. Metrics assesses loan applications and negotiates terms, conditions and security directly with the borrower. It has regular meetings and receives reports from them to ensure there have been no adverse changes.

That is unlike other fund offerings which can contain traded securities such as corporate bonds and where the manager has no relationship with the borrower, nor the ability to influence their behaviour. Metrics is usually a senior secured lender and under Australian insolvency laws is at the front of the queue of creditors if the loan sours.

“That origination capacity is really what delivers value for our investors,” Lockhart says. “It requires you to have people on the ground who can source opportunities, develop relationships and negotiate appropriate terms and conditions to the benefit of all parties.”

Qualitas Real Estate Income Fund (ASX:QRI) pitches itself to the market as “property investment without ownership,” and offers investors exposure to commercial real estate debt secured by mortgages. The fund said in its March quarter update that just 31% of the loans were at variable rates, but that this was expected to increase significantly as the vast majority of new loans were at variable rates.

The Perpetual Credit Income Trust (ASX: PCI) also offers monthly income and targets a return of 3.25% over the cash rate. It holds a mix of domestic and global credit and fixed income assets, including residential mortgage-backed securities and non-financial corporate bonds.

It does not have a direct relationship with borrowers, but noted in its most recent quarterly report that the floating rate nature of its holdings provided insurance against the volatility of credit spreads in the market.

The NB Global Corporate Income Trust (ASX: NBI) aims for stable monthly income, focusing on exposure to high yield bonds issued by large global companies. Its portfolio offers exposure to as many as 350 companies and has been trading at a significant discount to its $1.72 net tangible assets amid fears aggressive increases in official interest rates could tip the US economy into recession.

Illiquidity risk may be compensated by higher yield

Wong notes that there are risks to private credit. The underlying assets can be illiquid. Loans or portions of syndicated loans can be difficult or impossible to trade easily. Portfolios can also contain lower rated and unrated securities.

“That is not necessarily a reflection on the quality of the borrower because it could be just because they are relatively small private companies and don’t have a public credit rating,” says Wong.

“Investors are usually compensated for the higher risk by the higher yield charged to the borrower.”

Mercer estimates that switching 5% of a diversified balanced /growth strategy to private debt would have added 0.175% in annual returns over the past seven years, including 0.455% in the past year as interest rates started to rise.

Credit and default risks need to be understood

As with any product that involves lending, the risk of losses to lenders or funds that provide credit must be taken into consideration.

Losses of capital or income may be experienced if the borrow fails to pay interest or principal when due. This could occur in the event of, among other things, a failure of the lender or fund manager to adequately assess the credit quality of the borrower, deteriorating business conditions or a rising interest rate environment.

Listed debt funds were swept up in the panic that gripped markets at the start of the COVID-19 pandemic in March 2020, with prices falling by as much as 40% in the space of two weeks

But, unlike public companies – which halted, cut, or deferred dividends and undertook dilutive capital raisings to shore up their balance sheets – credit funds continued to distribute monthly income from interest and principal repayments.

Unit prices bounced back reasonably quickly as economy-wide support schemes were introduced and investors came to understand what they owned was not equity but an annuity style investment. They mainly pay distributions at monthly or quarterly intervals from the interest received on a parcel of loans usually secured against the assets of the borrower. Shares in both MOT and MXT have been trading at a premium to net tangible assets since that time.

With inflation and rates set to rise for a while longer, private debt funds could provide investors with a place to park their capital and generate regular income amid volatile markets, but adequate risk assessment and consideration of suitability is always paramount.